I created these three posters for the Organ Donation and launched them on the web. Completely unexpected, the posters reached easily over 200.000 view in the first 24 hours and have now, after a bit more than 72 hours, over 650.000 views. 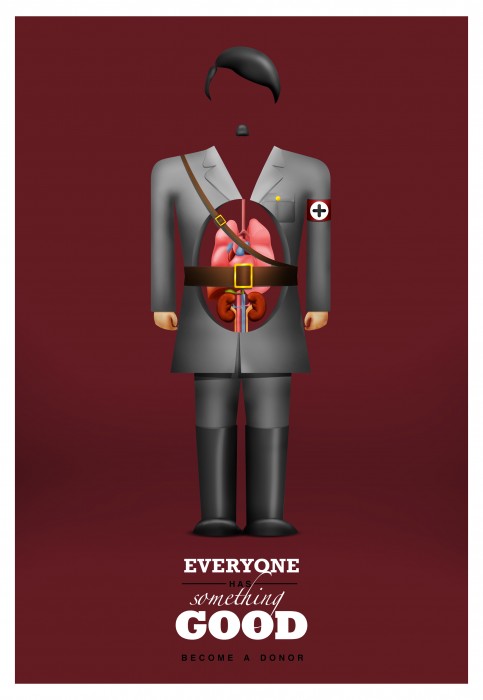 Hitler as a doner 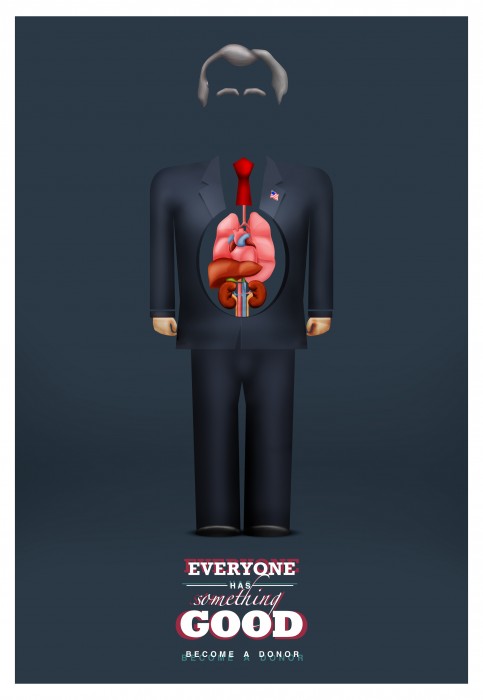 Bush as a doner

Justin Bieber as a doner

The initial idea, completely unpretentious was simply to launch a campaign on the internet which is not necessary linked to a specific NGO. Anyone can use the material all over the world to spread the idea.

I decided to do so, because I think that the message is more important than who’s sending it. Considering the unexpected success of the project, I just opened a tumblr, where a new character will be drawn weekly according to the suggestions from users/visitors.