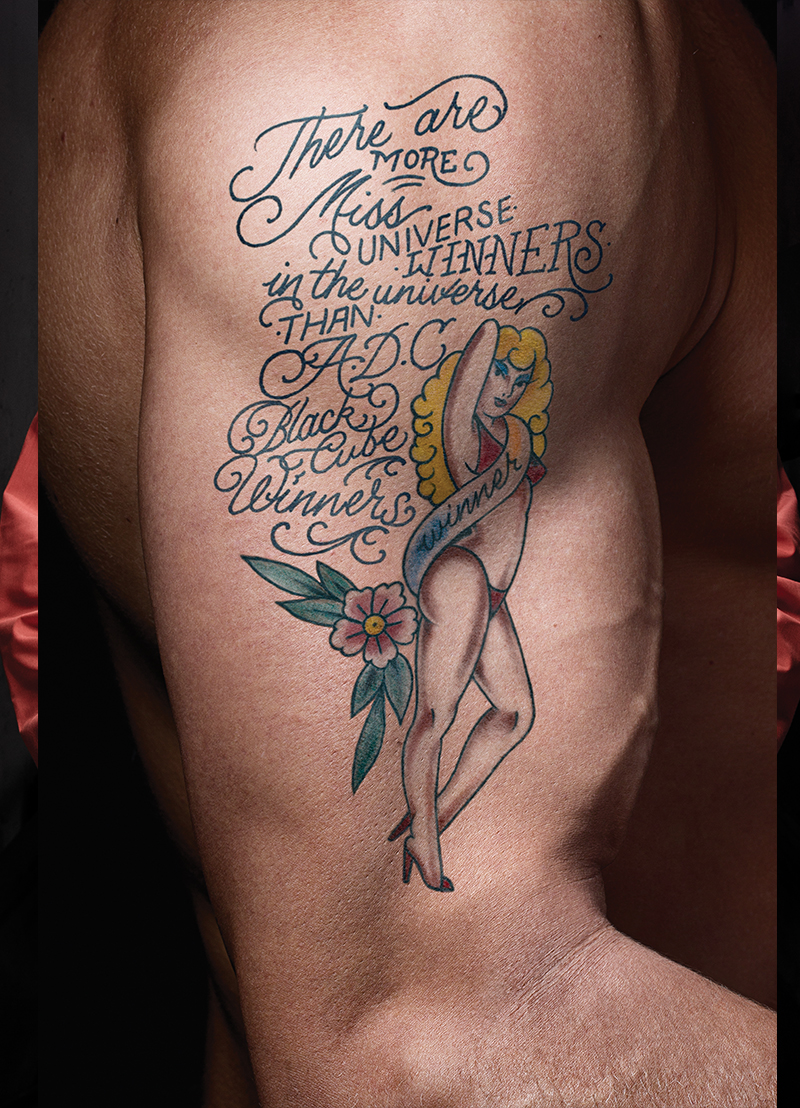 NEW YORK, December 7, 2015 — The Art Directors Club, one of the first non-profit organizations in the world to champion commercial creativity and the artists who create it, today announced the creative leaders who will serve as Jury Chairs for the prestigious ADC 95th Annual Awards (http://adcglobal.org/awards/adc-annual-awards/).

The ADC 95th Annual Awards, now open for entry, celebrates the rare work that exhibits excellence in both idea and craft.  These four esteemed Jury Chairs will guide selection of the very best creative work of the past year globally in Advertising, Design, Illustration, Photography, Digital, Motion, Animation and Production.

The ADC 95th Annual Awards Jury Chairs are as follows (bios below):

“For nearly a century, the ADC Annual Awards has held commercial creativity to its highest standard,” said Jennifer Larkin Kuzler, Director of Awards Programs, ADC.  “Our challenge each year is to select as jury chairs the right mix of global creative leaders who understand the extraordinary honor of being awarded an ADC Cube, and we’re honored to have such an esteemed group to lead our juries this year.”

The full awards juries, to be announced shortly, continue the program’s tradition of broad international participation with creatives from dozens of countries included.  This also marks the third-consecutive year that ADC Annual Awards juries will feature an equal number of men and women, in accordance to ADC’s “Let’s Make The Industry 50/50 Initiative” (http://5050initiative.org).

The ADC 95th Annual Awards Call for Entries is now open (http://adcglobal.org/awards/adc-annual-awards/), all entries must have been printed, published aired or broadcast live online for the first time between February 7, 2015 and February 8, 2016, in any country.

To kick off the ADC 95th Annual Awards Call for Entries, BBDO New York developed the “Rare for a Reason” campaign highlighting the value of scarcity.  Ads spotlight things commonly thought to be “rare” which are actually more common than winning an ADC Cube.  For example, one ad proclaims “More People Have Climbed Mount Everest Than Won a Gold Cube”, while another reads “You’re More Likely to Have a Third Nipple Than Win An ADC Cube”.

“This year’s awards campaign strategy from BBDO New York takes a creative approach to explain the exclusiveness of winning an ADC Cube,” said Philippe Meunier, Creative Chief, Co-founder at Sid Lee and president, ADC Board of Directors.  “The campaign also nails the critical importance of how both ideas and craft matter.  That intersection is exactly where ADC has proudly resided for 95 years, and is a key component of how winning work is judged in our Annual Awards program.”

One of the most awarded creatives in the industry and named by Campaign magazine as the “No. 1 Worldwide Creative Director”, his work has garnered every major creative accolade in the business.  During his tenure as CCO, he’s won 480 Cannes Lions, including six Grand Prix, the first-ever D&AD White Pencil and a Black Pencil for P&G Always’ #LikeAGirl.  Mark has had the honor of chairing the world’s greatest award shows, and is one of the only creative directors in the world to serve as a Cannes Lions Jury President three times.  He also sits on several boards, and is a member of the Royal Society of Arts.

Design (includes Illustration and Photography): Natasha Jen, Partner, Pentagram
Natasha Jen is an award-winning designer and the youngest partner at Pentagram.  Born in Taipei, Taiwan, she was invited to join Pentagram’s New York office as partner in 2012, and in 2014 she was acclaimed by Wired magazine as one of nine “Designers Who Matter”.

Natasha has earned a variety of awards and appeared in a number of publications, including Wired, Fast Company, Print, Creative Review, It’s Nice That, Metropolis, Flaunt, China Art and Design, Soda and Slanted.  She was one of the winners of ADC Young Guns 4, which she also served as a judge in 2007 and 2011.

She has been part of the faculty at the School of Visual Arts in New York City and a guest critic at Yale University School of Art, Rhode Island School of Design and Maryland Institute College of Art.

Previous to joining IBM IX, Cheyney served as creative director at SapientNitro, Razorfish and Fluid, where she created breakthrough experiences for brands such as Liberty, Tesco, M&S, The North Face and Mercedes-AMG.  She has also held in-house creative leadership roles at Ralph Lauren and Microsoft.

In 2015, Cheyney was a member of the Cyber Jury at Cannes Lions International Festival of Creativity, has also served on the Yellow and Black Pencil juries at D&AD New Blood Festival, and was named in BIMA’s Hot 100 (Women in Tech).  She is a frequent public speaker, guest lecturing at Hyper Island and Design Council.   After a worldwide search in 2014, Cheyney was selected as one of 12 women to participate in the Cannes Lions International Festival of Creativity’s inaugural “See It Be It” initiative, which aims to foster female leadership and redress the under-representation of women in executive creative roles.

When not working, Cheyney volunteers for Apps for Good, an organization supporting digital literacy for children.  She also is a Mentor for SheSays, The Global Creative Network for Women and is a member of Tech London Advocates.

Cheyney received a BFA at Parsons School of Design, BA at The New School for Social Research and MFA at Yale University.

Motion (includes Animation and Production): Rama Allen, Executive Creative Director, The Mill New York
Rama Allen is an Executive Creative Director at The Mill New York, where he guides, develops and directs the inventive vision across the firm, directing and consulting on film, interactive and immersive experiences.  Recently included in Adweek’s Creative 100 that listed him as one of the 10 visual artists who are changing the way we see advertising and the world.

He has worked with brands including HBO, Levi’s, MTV, Showtime and PlayStation.  As director, his title sequence work has been Emmy nominated twice: for “True Blood” and more recently for Mill+ on “Vikings”.

His career has always been immersed in the worlds of creativity and technology from a sound designer, DJ, photographer, writer, composer, interactive developer, designer and mischief-maker.  Rama is a man of many hats and he has as many odd stories.  He leverages this array of know-how to craft emotive and compelling cinematic experiences.

ADC (http://adcglobal.org) is the first non-profit membership organization to celebrate and award the global creative community, boasting one of the most concentrated groups of creative talent in the world since 1920. ADC’s mission is to connect creative professionals across gender, race and industry, and provide the educational resources they need to inspire successful careers built on world-changing ideas. From its Manhattan Gallery headquarters to its international membership base, ADC provides a neutral forum for creatives of all levels to network, learn and grow. Join the first international creative collective of its kind, and follow ADC on Facebook, Twitter and Instagram.