The One Club for Creativity, the world’s foremost non-profit organization celebrating creative excellence in advertising and design, today announced the call for entries for the ADC 97th Annual Awards at http://www.adcawards.org.

The ADC 97th Annual Awards, this year with the theme “Where Craft Will Take Us”, continues the organization’s historic focus of honoring global work that exemplifies the very best in craft, design and innovation.  This year’s jury, to be announced soon, includes top advertising creatives and designers from around the world.  Deadline for entry is January 31, 2018.

The biggest news for this year’s competition is a tiered pricing structure designed to make it easier for smaller agencies, studios and freelancers to participate.  Companies with 21 or more employees pay the standard entry fee; smaller shops with from 2 to 20 employees get a discount on entries (amount varies by discipline) and freelance creatives and one-person shops are eligible for an even greater reduction in their entry fee.

“The goal of the ADC Annual Awards is to identify and celebrate the absolute best in craft, design and innovation from around the world, regardless of how large or small the agency or studio might be,” said Michael O’Rourke, executive director, ADC, part of The One Club for Creativity.  “This new tiered pricing helps to level the playing field, making it easier for smaller shops and freelancers to get their works judged by an all-star jury and potentially elevated on a global stage.”

“At a time when other awards shows continually look for ways to increase their entry fees, it’s literally unheard of for a show to reduce their fees,” said Kevin Swanepoel, CEO, The One Club for Creativity.  “This tiered pricing structure reflects our new mission to support and celebrate the success of the global creative community, no matter the agency location or size.”

Other noteworthy changes to the ADC 97th Annual Awards include:

Entries can be submitted via http://www.adcawards.org, final deadline for all categories is January 31, 2018.  Judging takes place in March 2017 and winners will be announced and celebrated at the ADC 97th Annual Awards Gala on May 7, 2018 as part of Creative Week in New York. 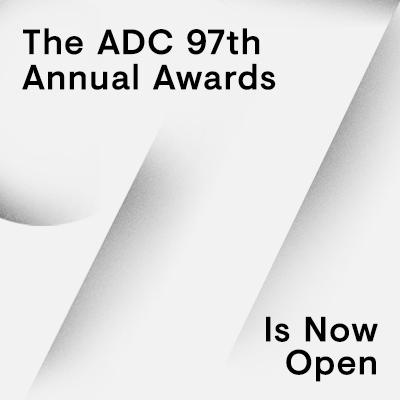 As part of this year’s awards program, ADC is highlighting several talented creatives in a series of brief video interviews focused on the theme “Where Craft Will Take Us”.  In this first video, ADC worked with Sid Lee, Montreal to profile rising young designer Pablo Delcan:

A graphic designer, animator, illustrator and video artist from Spain, he founded Delcan & Co. (http://delcan.co) in NYC’s Garment District in 2014 and last year was selected as a Young Guns 14 winner.

The two-minute video, filmed in his narrow but welcoming white workspace, highlights Delcan’s creative inspirations and processes.  Addressing this year’s awards theme, he describes his concept of design as “the simple act of transformation” and adds “When the idea and craft are great, the work will be great as well”.

Bildquelle: The One Club and ADC